This model is equipped with a vibration alarm.

Very powerful LED backlight provides illumination of the dial. When you angle the watch towards the person to read the data, the function automatically, and provides coverage of the dial.

The main objective was to create a Casio watch, which can not be destroyed. In the name of “Triple Ten” first watches Casio G-Shock was designed: to survive 10 years, have a water pressure resistance 10 ATM (most models have already been 20 ATM) and survive drops from a height of 10 meters. 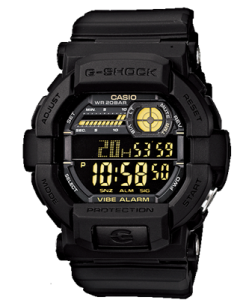 These new models are the new additions to the Gravity Defier lineup of timepieces Aviation preferred by pilots the world over. Triple G Resist construction makes them atto withstand the shock of dropping gravitational forces, centrifugal G-forces, and vibration.

The bracelet configuration Also Provides a better fit than standard resin bands. All of this and much more makes these watches the ultimate in good looks and G-SHOCK durability. Navy and black end composite band analog watch with a navy and black face. 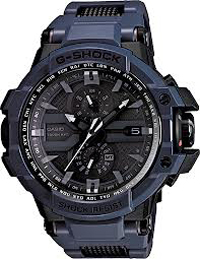 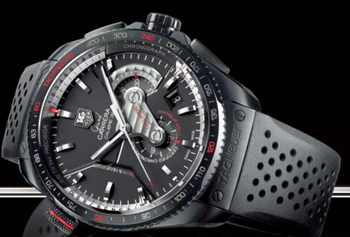 END_OF_DOCUMENT_TOKEN_TO_BE_REPLACED

Swiss watch manufacture Ebel, founded in 1911, announced the release of two new products: fashion Ladies Onde and luxurious model X-1, made in a sporty style. Original new items designed specifically for women who appreciate not only the quality but also the excellent design and seeks to highlight its bright individuality.

END_OF_DOCUMENT_TOKEN_TO_BE_REPLACED

Japanese watch brand Seiko introduced two new female models. New items have been issued as a result of cooperation with the American Association Go Red For Women, which has been supporting the treatment of heart disease in women.

New Products Go Red Seiko Tressia presented in rectangular, the sides are decorated with gemstones. Dial the first model made in white, and the second – in black colors. Attracted the attention of two big hearts at 12 and 6 o’clock. And in the 3 o’clock position shows a heart in red.

END_OF_DOCUMENT_TOKEN_TO_BE_REPLACED 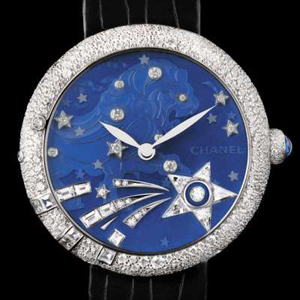 French fashion house Chanel always amazes everyone with his incomparable products. Exclusive design jewelry and watches of the legendary houses can not be compared with the models of other brands. They have a unique style. Each model is unique in its own way.
END_OF_DOCUMENT_TOKEN_TO_BE_REPLACED

SEAH watch company has released its latest collection of Sun, which includes models with themed sign. No secret that since ancient times, people have turned their eyes to the heavens, to get support, using astrological knowledge of the stars and planets.
END_OF_DOCUMENT_TOKEN_TO_BE_REPLACED 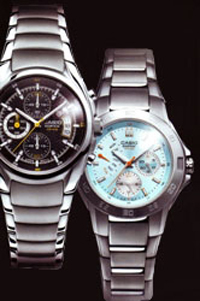 In 2006, Casio strategy, major changes occurred. Edifice has received the status line subbrenda, six months has expanded its range to 27 models and the beginning of the “game” to raise its price category.
END_OF_DOCUMENT_TOKEN_TO_BE_REPLACED