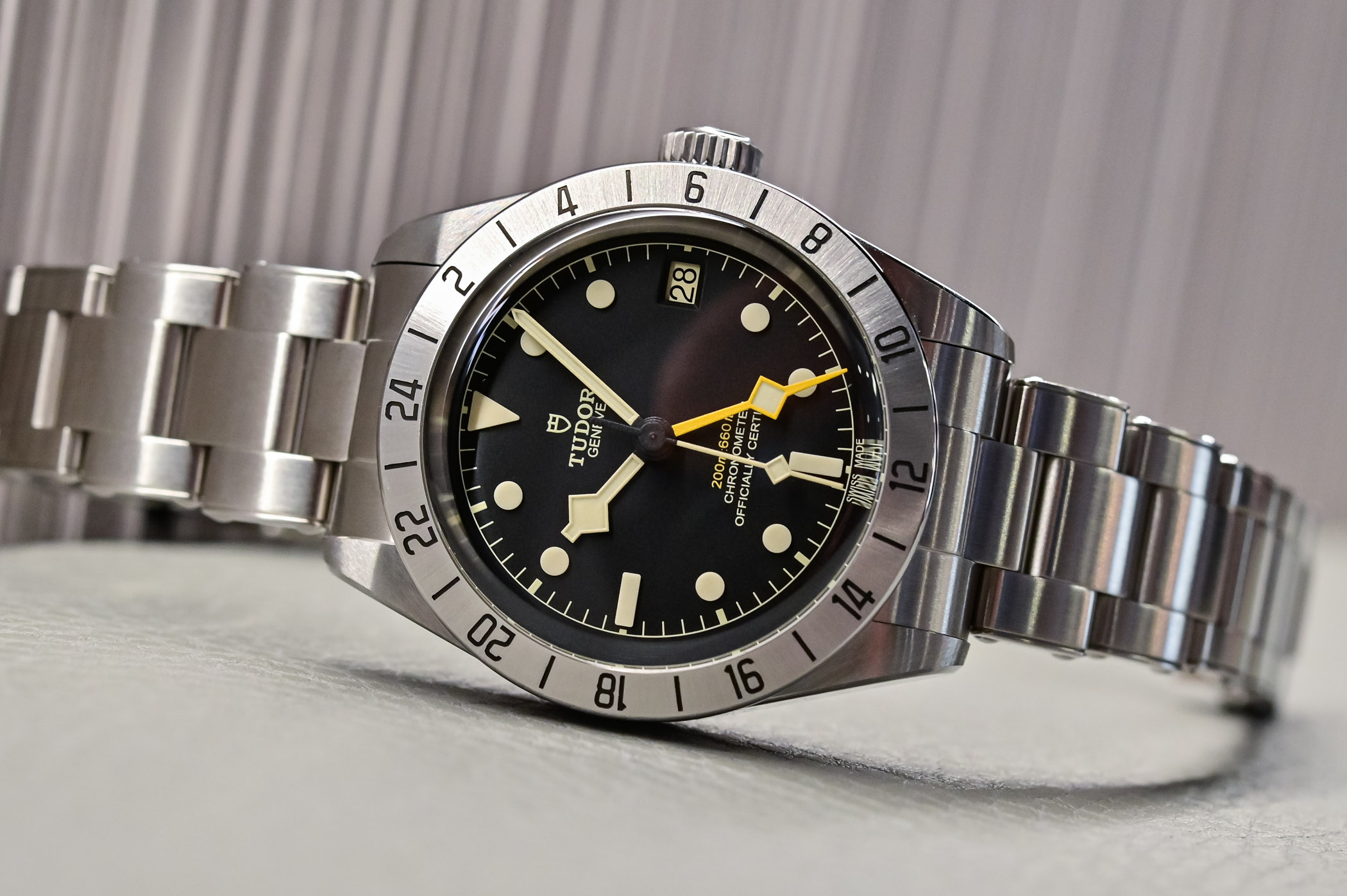 With Baselworld, we discover every year great news that we will then have the opportunity to take a closer look. Today, we present you a real shot of heart, which was unanimous in Basel: the Tudor Heritage Black Bay Blue midnight.

It knows its big sister: the watch Tudor Heritage Black Bay to the bezel already sublime burgundy and his cousin released last year: the Tudor Chrono Blue. And we were already conquered. Therefore, this new night with the blue bezel already had all the chances to be elected “blow of heart” …

With Tudor Heritage Black Bay Blue midnight, it is a blend of vintage and modern times are to honor, in particular through a new popular in recent years color: blue.

With a 41 mm steel case, this edition takes its origins completely while giving a boost to the model.

Let’s talk just from its origins! You can imagine with a name like hers (“Heritage”), this watch bears the scars of his past. Which is a good thing and gives it a nice look? These include its convex glass reminiscent of the first diving watch brand, Submariner 7922, a year after the release of Rolex Submariner (1954). That’s not all … The winding crown imposing so-called “big crown” also refers to a previous model, as well as angular needles, the famous snow-flakes, which were in vogue from 1969 until the 80s in the brand.

Beauty is presented with two bracelets, one in blue distressed leather, and the other with fabric buckle. If you really find a last advantage, know that this very nice timepiece will be offered between 2500 and € 2700 for the price of nine. Anxious to see Croesus in…