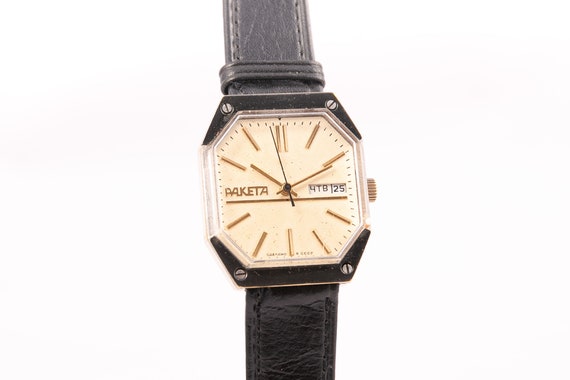 Russian watches “Academic” – is new and unique quartz watch in a big case. Earlier this year, “The Rocket”, continuing a series of hours, “academic”, produces a model based on the design 60s.

The original division of the dial closely resembles lined academics to prove the problems and theorems.

It is a watch for people who are constantly striving to develop, knowledge, to something new.

The oldest company in Russia, Petrodvorets Watch Factory “Rocket”, was founded by Peter I in 1721. Since 1961, the plant produces watches “Rocket”, named after the first flight into space, Yuri Gagarin.

In 2009, the company entered into a stage of reorganization, under the leadership of artistic director Jacques Graf von Polje.