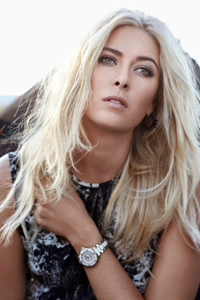 At the opening of the Olympic Games in London carried the banner of the Russian team messenger watch company Tag Heuer – Maria Sharapova, who in a conversation with reporters noted the importance of what is happening in London for the event itself, since the first time an athlete participates in the Games.

Note that the tennis player became the first woman-bearer. This, as noted by Mary, she did not know that was a great honor for her.

Sportswoman of the notes that she provided was very proud to represent his country honorably and sincerely thank all our fans from around the world, and of course family, friends and fans for their support and trust.