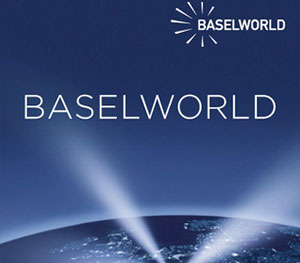 With 104,300 trade visitors (+1% / 2011) from all continents, was again exceeded the number of occurrences of the past. The exhibitors were very positive in relation to the performance of business and the presence of the media: journalists 3320 (+ 9%) represent a level never reached before. There are great expectations now for the World Watch and Jewellery Show BASELWORLD 2013 next spring that will have a completely renovated.

At the end of the 40 th World Watch and Jewellery Show, the exhibitors were expressed in a very satisfactory on sales achieved.

Simultaneously, the industry now looks forward to the next edition of BASELWORLD, thanks to the new infrastructure in the halls, the new stand and the new exhibition concept, will inaugurate the new era of the professional salon.

Jacques J. Duchene, President of the Exhibitors Committee, agrees: “It was a fascinating week for us and displays a very good year. We are very happy. Now almost all the brands make investments for their new image for BASELWORLD 2013 and again to improve their presence. This shows that we have great confidence in this event because we will give exhibitors the world fair in the future even greater chance of successful development. ”

For Francois Thiebaud, President of the Swiss Exhibitors Committee, BASELWORLD was a complete success: “The edition of 2012 confirmed the success of this unique platform where it meets the watch industry and jewelry from around the world. The positive results of the last two years allow us to look to the future with full confidence: we are counting on a new departure in style of BASELWORLD 2013. ”

Sylvie Ritter, Managing Director of BASELWORLD, then draws the following conclusions: “I look at the success of BASELWORLD 2012 with nostalgia. At the same time, however, are impatient and have great expectations for the new era of World Fair: BASELWORLD 2013 will confirm that I am glad the excellence of the industries represented here. ”

The next World Watch and Jewellery Show BASELWORLD in Basel will take place from April 25 to May 2, 2013.