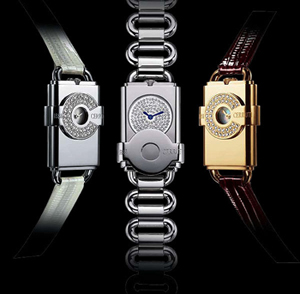 Fashion – it is something fleeting, changeable. The more interesting example of brand Cerruti 1881, which manages to be a trendsetter, despite more than a century of age.

Identify the Cerruti fashion brand in the conventional sense of the word impossible.

How can I use the word “fashion” to the company, existing since the XIX century?

This history can boast, not every time a prestigious brand, not to mention the fashion house.

Lantifico Felli Cerruti, a small factory producing clothing textiles, was founded by three brothers – Antonio, Quintin and Stefano Cerruti – in 1881 in Biella in northern Italy, which has historically been considered a center of high-quality woolen fabrics.

Since ancient times until the 50s of the twentieth century factory Cerruti was middling strong who has made clothes for the Italian solidly middle class. Everything suddenly changed when the family firm headed by 20-year-old Nino Cerruti.

The grandson of one of the founders, Nino did not commit their lives to the production of clothing. Much more attracted to a different area – journalism, in which he prophesied a great career. But the sudden death prompted his father to push / to the background to do their own biases and familial affair. Immediately it became clear that as an artist and businessman young Cerutti no less talented than as a journalist.

His first own clothing collection, shown Nino in 1957, became the birth of a new style, then take over the world: men’s pret-a-porter de luxe.

Prior to that, in the men’s costumes were a strict division of things tailoring and cheap mass production. Cerruti has created a factory, where men’s ready-made clothes made by the standards of high-end handmade. In the 60 years he has applied the same principle to women’s collections, establishing a style of Blue de Cerruti (simple cut suits, made in blue and blue colors), and the person who became a devoted fan of the legendary actress Anita Ekberg, best known for Fellini film “Sweet lives. ”

The finished dress, created by the canons of Haute Couture, has revolutionized the fashion world. Now, anyone who came to Milan boutique Cerruti, just a few minutes he could feel the affiliation to the cream of society without the tedious fitting. In 1967, Cerruti boutique opened in Paris, and after a few months and all the fashion house, changed his name to Cerruti 1881, he moved to the French capital.

Movie stars, instead of written to the queue to the tailor, on screen and in life are ready to wear suits Cerruti 1881. During these years, they could see Jean-Paul Belmondo, Michael Douglas, Richard Gere, Jack Nicholson. Among the women most effectively embodied “aristocratic-humble” style Cerruti Faye Dunaway in “Bonnie and Clyde.”

The idea of “ready-made suit of luxury”, invented by Nino Cherrutti immediately acquired many followers among the French and Italian designers. The most prominent representative of them can be called by Giorgio Armani, whose Nino Cerruti in the late 50’s took on the position of his assistant. If, however, over time, many fashion houses either went to Haute Couture, or began to develop a mass-produced, Cerruti 1881 and today continues to be on the same positions as in the mid-twentieth century.

Despite the fact that the house Cerruti already in the 70s turned into an industrial empire with its own production, and a powerful network of boutiques, it’s not the name became synonymous with mass production, like many other French and, in particular, the Italian brand. Clothing, accessories and perfumes from Cerruti if stopped right in the middle between the pretentious elitism Haute Couture houses and massive popularity among young people and housewives.

Since then, Cerruti confidently retains its distinct style, the main symptoms of which – the underlined aristocracy, and even some old-fashioned. Cerruti suits can be distinguished by finishing class hand made: hand-stitching a collar, horn buttons, and sewed perfectly, again by hand lining. It is not surprising that sometimes there is a feeling that you’re buying clothing produced is not a modern factory, and sewn over a hundred years ago in a textile workshop Cerruti brothers. This sense of individual work is not limited to clothing brand, but also in the line of accessories and, of course, watches.

Hourly direction of Cerruti 1881 develops the concept of “affordable luxury“, backed by more than a hundred years old house Cerruti. Retail prices for watches of this brand is low – at around $ 300-400. But their design is so weighted, and the execution is so carefully and accurately, which corresponds to the most prestigious watchmaking brand with 125 years of history than the products of the fashion house.

Watches Cerruti 1881 is as harmonious and universal, as all products of the brand.

In this first hand you can make a presentation on the Russian brand, which was held in October this year: they looked great and the models during fashion shows, and on the wrists of well-known representatives (and representatives) of the business elite who attended the presentation.

We can say that Cerruti 1881 – chameleon clock, which, depending on the environment show different sides of the unique style of Nino Cerruti. Surrounded by fashion brands showcases original design elements are visible, and near to the classical models and jewelry attract the attention of traditional forms, precision dials and quality of processing cases.

Much credit for this universality of the product owned by a German company Egana Goldpfeil, which is under license from the fashion house produces watches under the brand Cerruti 1881. This group is already well known in our country to other successfully-selling fashion watches. Cerruti 1881 – the youngest brand in its portfolio, and the production of the collection under the brand German manufacturers have considered all of his years of experience in building hours.

Housings are manufactured from stainless steel 316L, sports models are water resistant to 100 meters and women’s jewelry decorated with real diamonds. Classic watch straps are made of Italian leather tanning, and, of course, all models fitted ETA Swiss movements. It is impossible not to pay attention to such small but important details such as guilloche dials, curved to form the wrist housing logo engraved on the side, multi-colored mother of pearl adorning the dials ladies models.

Cerruti 1881 all models are created so as to be timeless, almost a classic product that can be worn with almost any kostyumomom.

Cerruti 1881 Collection updated twice a year, and the company Lux Style, which is the exclusive distributor of the brand in Russia, has already presented to dealers new autumn-winter line of models in which you can find watches of all major areas: sports, classic and designer of jewelry items. Among the new products is to provide an indication of Comandante chronographs date, rotating bezel with engraved markings and WR to 100 meters. The models presented in the collection of Comandante options for rubber or leather strap or steel bracelet.

Grande Classico Collection is a classic line Cerruti 1881, combining traditional design and bright original add-on. The form of “holes” and white dial models give a classic look, and bright orange hands and body covered with pink gold once again forced to delay the eyes on the clock. Female models are decorated with inlay. Models are made in a variety of color variations in three different sizes of housing.

And finally, the pair model collection Odissea: Steel Chronograph Uomo with large Roman numerals in steel or rose gold and Ladies Donna in a steel case with mother of pearl dial and inlaid. Models Collections Odissea performed in different variations, the bracelets and straps of leather.

Cerruti 1881 All models are created so as to be timeless, almost a classic product that can be worn with almost any suit, but that clearly meet all the fashion trends.

This concept a few years ago, he has formulated Nino Cerruti: “Fashion – not only aesthetic and cultural reflection of our time, fashion is also a way of life and state of mind. Man enjoys living in his time, being in harmony with itself. Charm personality, strength of character guessed in all that surrounds it – and of course, in his things in accessories. In my work I try to meet the demands of modern life, making things practical, comfortable and exquisitely elegant. ”