The exhibition at the bezel in 2012 the company Hublot promises to provide the world is a miracle. Watches Calibre 2033-CH01, made on the basis of a unique mechanism antikythera. Its creation dates back to 100-m BC.

Of course, the mechanism built into the new clock, not the original antikythera, as already recreated. But its uniqueness, it does not lose from it. This is an incredibly complex clockwork consisting of 495 parts and is able to indicate with remarkable precision the position of the sun and moon, solar eclipses and lunar phases. So where does the world know about its existence?

It happened in 1901. Then, in the Aegean Sea between the Greek island of Crete and the Peloponnese, near the island of Antikythera, was found sunken ancient Roman ships. In it among other utensils and was discovered this unique mechanism, or rather its remains. Unique finding has puzzled scientists since they still can not find answers to some related questions.

Renowned watchmaker Mathias Buttes set about trying to gauge the image of the Antikythera mechanism in a miniature version of the clock and create on its basis. He worked on this idea past seven years.

During this time, his own company has managed to ruin and the rest of the company and he was adopted by Hublot. The head of Hublot, Jean-Claude Bive promised that he will finish the Buttes Mathias job.

We know that this mechanism will never appear in production models hours. A 3 or 4 gauge, that will be created will be sold at charity auctions.

It is worth noting that had lain for a long time in water, the mechanism got badly damaged by a watchmaker. However, his idea Buttes still performed, although many of the ancient mysteries remain unsolved.

Caliber, established Buttes, not a replica of an ancient mechanism.

Some details of the master added. For example, a tourbillon, which, as we understand it, came much later. Hours, established on the basis of the mechanism antikythera, have plenty of exotic options: the Egyptian calendar, the calendar Panellinskih games (these included the famous Olympic competition), the zodiacal map, moon phases, solar cycles and a range of astronomical cycles – Meton, Saros, Kallip, Ekseligmos. 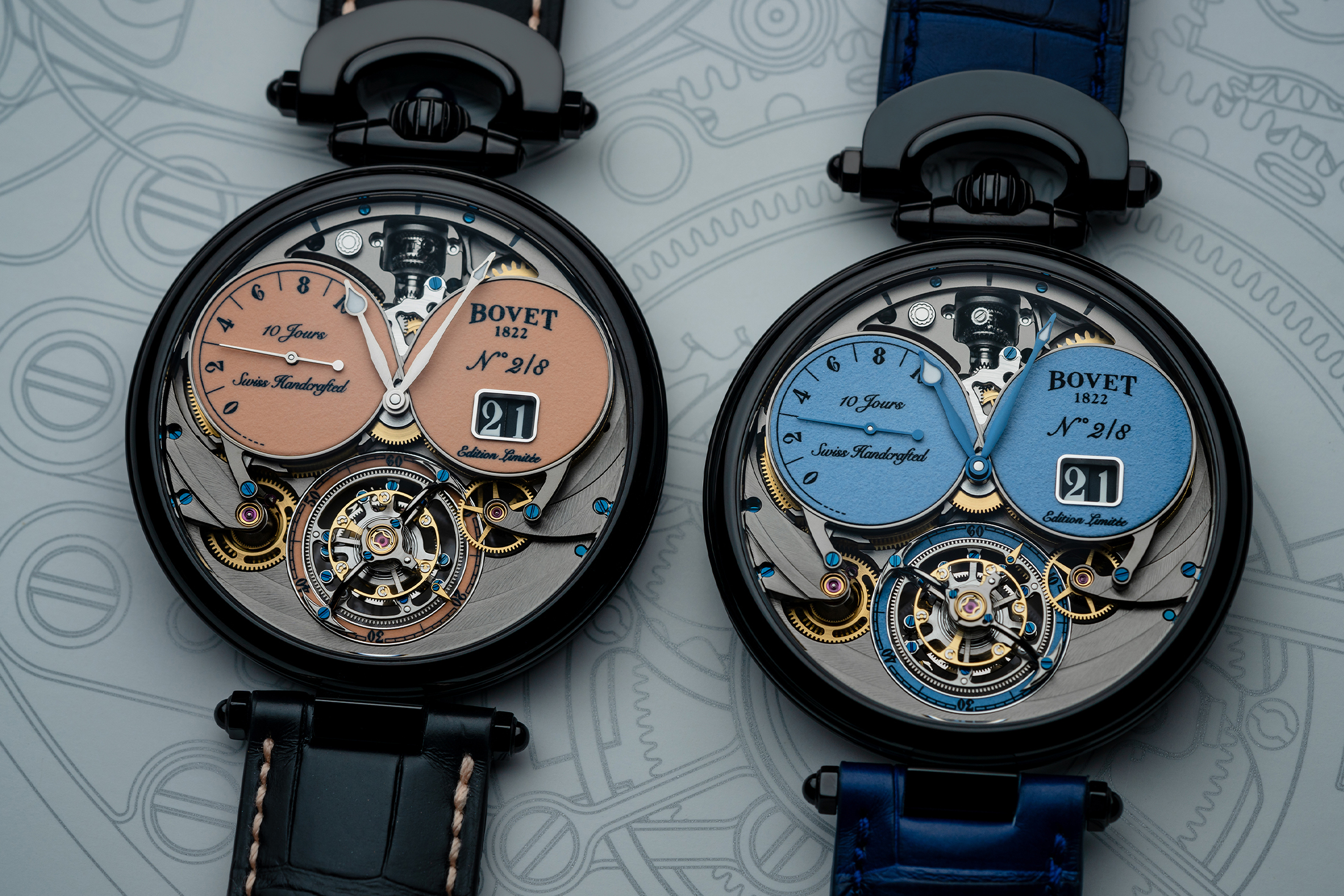 Bovet known company announces a new limited hours Virtuoso Tourbillon.The model is equipped with a round body with a diameter of 45 mm and a thickness of 16.45 mm in 18-carat pink or white gold.