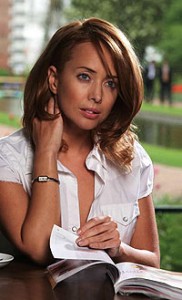 Has long been noticed: advertising – the motor trade. It requires manufacturers and emerging markets, where buyers are not familiar or have not realized the need for a specific type of product and established where it is sometimes the only motive, under which the customer chooses a particular brand of dozens of similar offers.

Advertising plays a huge role in the watchmaking business, where the emotional load and status of goods is more important than functional features. An example of effective use of advertising in our country can serve as the company’s activities Orient, a few years ago made a sharp spurt in sales.

Back in 2000, in the range of Orient virtually no female models. The company, which has a long tradition of making mechanical watches, in Russia there was a strictly male image. Sales were good, but the potential niche of men’s watches was close to exhaustion. Then the firm’s management decided to expand the target audience and especially for Russia has been, a collection of Lady Rose.

Small, elegant body, the color pink gold … For the female of the series was an original design, which became the hallmark of a new segment of the Orient (EG models CBFA, CRB).

A little later, the trend of an increasing demand for large watches, the company released a new collection of large rectangular enclosures. And for young people to make a series of more colorful models, adorned with crystals Swarovski.

By creating an entirely new line, experts began to search for Orient options of moving goods. And in 2002 the firm signed a contract with the singer Alsou. How to recognize sales director for Europe, Yamada Tokeshira and the choice was more than successful. A bright oriental girl looks entirely consistent with the image of Orient, watch Lady Rose perfectly in harmony with the appearance of a star whose name, among other things, a translation from the Tatar language means “rose water”.

Alsou pictures with elegant attractive clock appeared on billboards in the central and local magazines, on posters and displays, the singer attended the exhibition and shops, where hours were presented Orient.

As a result, a properly sized content and advertising intensity in Moscow and regions of the sale of ladies’ watches Orient literally taken off and if not caught selling male models, it is rapidly approaching them.

Lady Rose Brand has become a popular. Today, it is often with her associates in Russia a Japanese company.

Designed specifically for Russia, the first year or two, Lady Rose delivered only to us (by the way, Russia – The second largest market for the company Orient). But a year and a half, the popularity of the women’s collection moved on: Orient watch appeared in other markets, and today they have become one of the drivers of the brand in most countries of Eastern Europe, Greece and Portugal.

Having achieved brilliant results, Orien t did not stop there. It’s no secret that every artist has his circle of admirers. Over three years with Alsou fame and popularity among her admirers Orient was very high.

However, another part of the buyers is still unreached. And this year, the Japanese decided to try to find the key to their hearts: they did not renew the contract with Alsou, and signed a new one with another star – Zhanna Friske.

“Of course, there were other candidates – told us Yamada Tokeshira – including several singers and actresses. But the results of surveys and studies have shown that it was Joan is perceived as very strong, very active and at the same time a nice woman, not devoid of sexuality and sophistication. “The company’s management felt that the most similar to Jeanne ideal modern woman – a potential customer Orient. It was therefore decided to change the image by selecting the person who gives you access to those sections of the buyers who failed to win by Alsou.

Though new advertising campaign has not started, it is safe to say the choice is made perfect. Rather, the strength of its impact Friske will not concede, and in some ways even replay Alsou. If the new advertisement will be done as correctly as 3-4 years ago, it would bring considerable dividends.

In addition to changing the advertising person who has undergone changes and the collection itself is Lady Rose. Now it consists of three lines, each of which focuses on a range of buyers.

The first – universal model, the clock on every day. They will look equally good and with a working suit, and a walk, and at some event.

These are mostly small models with rather strict design. These watches have long been popular among Russian buyers, especially younger ones, and one of the reasons for the popularity – long life. Such models do not go out of fashion a few years.

The second line – feminine, elegant models. The same small building, but adorned with crystals Swarovski. This is a more elegant watch that are especially good for special occasions: exit the theater, restaurant, etc.

These models are not for teenagers and the young, but already held buyers who have a family, perhaps – of children, happy with themselves and life. These models – a nice addition to the image rights held.

As a reflection of the upward trend in demand for large clock, a third line. This elegant model with big buildings, but with the same charm that is inherent in Orient. In addition to the pink gold in this line are many models in metallic color.

New items will fall Orient on sale in August and September, while advertising will be launched with Zhanna Friske. A new face will appear in magazines, on posters, on billboards and in subway. First of all the materials will be distributed to distributors, so they put them in their shops.

The purpose of today the company’s efforts – to increase sales of women’s watches from intact, not familiar with the products of Orient of the population – it seems quite feasible. Will the Japanese giant with Zhanna Friske same success as achieved with Alsou, we can see very soon.

Casio: Who owns the information, owns the time
Disc phones – like clockwork
Autumn Attack Casio
How to choose a friend? Part 2