Corum watch company frequently sponsors various sporting events, but Zenith was the first football club, which collaborates with Corum. In March this year, President watch company has signed an agreement Calci Antonio for the first year of sponsorship. As promised, Corum represent in this framework exclusive watches with the logo of FC Zenit on the dial.

September 22 at St. Petersburg’s Grand Hotel Europe held an event that Antonio Calci dubbed as nothing but “baby bride.” In the role of the newborn were watch Corum Admiral’s Cup FC Zenit Chronograph 48.

Model “wearing” a black titanium case, with a diameter of 48mm impressive. Water-resistant watch is 300 meters. On a transparent back cover text caused Zenith logo and signature of the Limited Edition and behind them can be seen “dancing” black with silver details on the rotor of the movement. Within hours set automatic caliber SO753 two chronological counters.

Hours are based on the famous Admiral’s Cup. Arrows and time indices are made in the company colors Zenith. Logo football club is in the “6 o’clock”. Dial the same chassis and fabric strap watch – black color, which once again proves particularly popular in Russia hours “with a black face.” 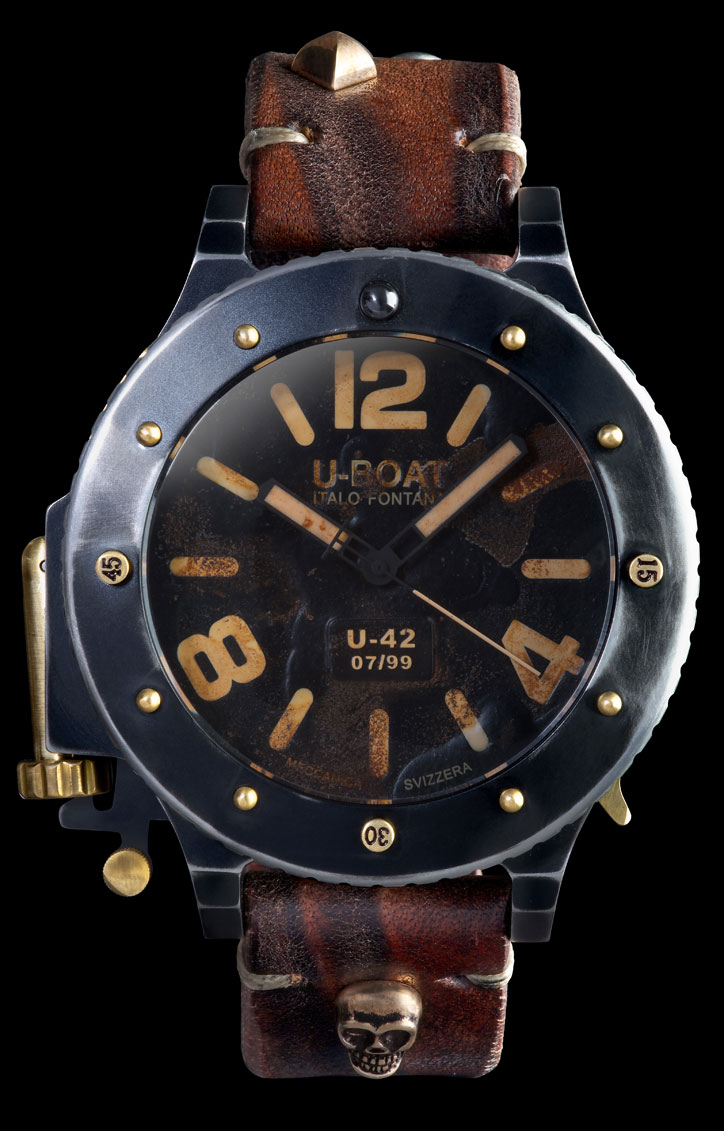 Innovation reflects a new vision of time meters from the company U-Boat, celebrated its purist, recognizable at first sight design.…