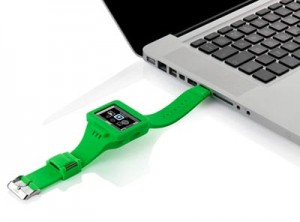 Technology is so tightly won a place in our lives that without it’s hard to imagine our lives without a phone so all the more. Now everyone in the house almost five phones, one for general use, the other to call for work, the third replaces the landline phone, a fourth just to was, and the fifth did not seem necessary, but to throw a pity.

And British designers have come up as one additional mobile phone, part-time still and watch, a novelty called sWaP Rebel, which means “smart Watch and Phone” and translates as “smart watch with a phone.” The truth is hours away from British designers as many additional functions that the function itself hours indicate the time lost and all. And so, in a wristwatch with a small TFT-screen size, which is less than 3.8 cm, British designers have managed to build a lot of different functions. Such as audio player, radio, the function of Bluetooth, built-in mapyat 128 MB, and an extra connector for microSD card for memory expansion, and of course additional features to communicate by telephone. The battery of watches designed for two or three hours of talk time and 85 hours of use. Menu watch “smart Watch and Phone” recognizes five languages, including Russian language. A stylish silicone strap is equipped with a USB-fleshkartoy so that it can be connected to a computer and throw off music, pictures, photos and video clips. And look, accurate color, these watches her watch like absolutely everyone and everyone can choose a color that appealed to him, in black, pink, orange, white and bright green colors. The approximate cost of such “super clocks will be around 300 U.S. dollars.