Warning: Parameter 2 to wp_hide_post_Public::query_posts_join() expected to be a reference, value given in /home/watchesontime/public_html/wp-includes/class-wp-hook.php on line 303
 Day ahead Week Ago.Maintained for over 30 years the argument, which is better Menu 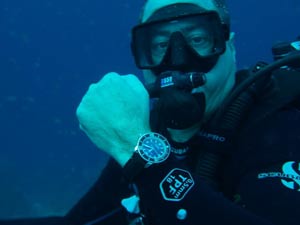 Maintained for over 30 years the argument, which is better – “engineer” or “Quartz” – seems to have found an unexpected solution. In the past two years, several manufacturers have released hours, combining qualities of the two types of mechanisms. Developed by different companies and are equipped with a different set of functions that are based on a common ideology.

The drive uses the traditional stepper motor, and all the extra features, until such a complex, as a perpetual calendar, implemented in the same way as in mechanical clocks. This scheme combines all that is best in both types of structures. Quartz “heart” of guarantees unparalleled accuracy, reliability and simplicity. A complex system of mechanical modules, without compromising reliability, making watches more alive and interesting for the buyer. Particularly relevant to these questions are now, when the clock at the forefront of originality and the existence of any “chips”.

One of the most popular complications in recent years become retrograde. They do face a bright and unusual, and the opportunity to observe the jump arrows attached to the owner of a well-deserved pride in their clocks. However, until recently, retrograde only used in expensive mechanical models. A series of mechanisms VD8X, released by Time Module, changed everything.

The highlight of all three of its constituent mechanisms (VD84, VD85 and VD86) is a retrograde day of week. It is relatively easy to manufacture complication does not greatly increase the cost of hours, but makes them much more expensive looking and attractive to buyers. Looking for a model equipped with any mechanism of a new series, few people will be able to assume that within her works are not expensive mechanical masterpiece, and affordable “quartz.”

Resemblance to the mechanical clock caliber VD8X gives one more feature. In the central part of the dial there are only minute and hour hands, while the second made a mark on the 6 o’clock. This design not only allowed to reduce the thickness of the mechanism and make the clock more harmonious and balanced. Everyone is familiar with a specific feature of quartz – a nervous leap second hand, due to the work step mechanism. It is this feature puts the “quartz” in a less advantageous position compared with the classical mechanism, the needle is moving more smoothly. But if we remove the second hand of the central part of the dial for the support, as is the case with a series of VD8X, her jumps are no longer visible. That is why the clock in the body which employs a series of gauges VD8X, on the perception of approach to the classic mechanical watches.

By tradition, the Japanese manufacturer pays great attention to the versatility and compatibility of its products, enabling customers to Time Module to reduce the cost of finished hours. A new series of mechanisms well suited for use as a round of classic buildings and in buildings, “barrels”. And thanks to the fact that these gauges are thin enough and have small sizes (diameter 10 1 / g “> thickness of 3.45 mm), it becomes possible to equip them both male and female watches.

Another argument in favor of a series VD8X is that by planting the size of the new arrangements are fully compatible with six gauges read multi-series series of VD7X, Launched in April last year. This means that those manufacturers who have already released the body under arrangements VD7X, can now expand the product range from six to nine models. This will allow no additional cost to update models and conquer new market niches.

Three models in the series VD8X, have different functionality. In addition to reading time, VD85 and VD86 have a turnout date indicator. Among themselves they are different location indicator of the day of the week: the VD85 he is in position at 9 o’clock, and at VD84 slightly higher in position “10 o’clock”. More complex VD86 is also a pointer to the time of day turnout in the mark “12 hours”.

Like all the previous series, the mechanisms VD8X have excellent quality, which ensures compliance with ISO 9000/ISO 14000.

Series VD8X – the first mass market mechanisms, with retrograde indicator. There is no doubt that the clock that is created on their basis, are guaranteed great sales. It would seem not very significant complication can win the hearts of many fans of the hours that are not in a position to shell out several thousand dollars for products sverhdorogih brands, specializing in complex mechanics. Their release of Time Module once again confirmed its status as a pioneering company, not afraid to experiment, and a reliable partner, which allows the watch manufacturer to respond quickly to changing market needs.