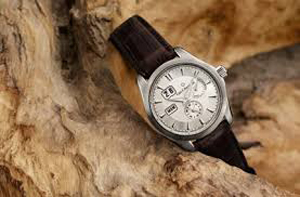 Annual exhibition of watches and jewelry BaselWorld 2013 this year will open its doors from April 25 to May 2. Exhibition Centre Messeplatts in Basel will look completely – new: metal frame and high rooms. On March 4, watch brands began building stands, the original appearance of which, however, will be kept secret until the start of the exhibition.

The first was a three-story pavilion, and a third pavilion – four-storey.

Located opposite each other close associates of the building transition «City Lounge», which is called the best part of the trade fair. Pierre de Meuron, said: “We wanted the room to some extent, have been closed to focus on themselves, if possible – self-sufficient. So there is a need to make the facades, giving them a special texture, and also to give a sense of movement. ”

To the architect Jacques Herzog, many are critical, he expressed his views this way: “The city is constantly changing, it is the main condition of its existence, because it is in constant competition with other cities, whether we like it or not. Like not all people, and many feel that they overload or ignore what quickly accused planners or architects.

We experienced this in London gallery “Tate Modern” and ready to test in Beijing. Restructuring the fairgrounds in Basel will lead to new changes in the area between the station and Klaraplatts that will have a beneficial impact on the city as a whole. ”

The annual exhibition has prompted construction work, the participants will first take an updated exhibition complex. Famous watch brand from the beginning regarded the work of architects enthusiastically.

Exhibitors will be available in the fourth pavilion. There will also be located musical theater with 1500 seats and parking for 1,300 cars and a concert hall for 2,500 spectators, which will perform the singer Lana Del Rey during the inauguration of the exhibition on April 23.

As a result of the architectural innovations increased rental prices throughout the exhibition center, both in old and new halls – with 350 francs per square meter.